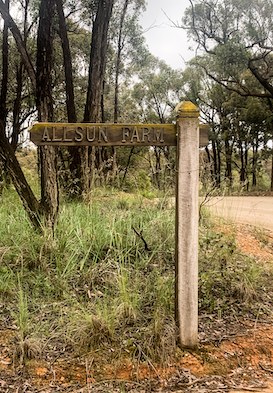 GUNDAROO TILLER is the life blood and passion project inspired by ALLSUN FARM, a small scale market garden   established by Michael Plane & Joyce Wilkie back in the 1980's.

Nestled down a dirt road on the outskirts of a small town within the Southern Tablelands of New South Wales, Australia,  ALLSUN FARM is home to three generations of "Plane".  There has always been something magical about all that is ALLSUN, perhaps its the untouched bushland that surrounds the homestead built by the hands of Mike himself or maybe its the sweet smell of heritage tomatoes found within the poly tunnels of the ALLSUN garden on a warm summers day. Regardless of its charm - dreams were realised here, interns were inspired and a new generation of growers was born.

ALLSUN FARM is a picturesque bushland property that Mike purchased in the late 1960's from a sheep farmer who labelled the land as useless and sold it accordingly priced. ALLSUN is made up of more than 75% of untouched native bushland littered with kangaroos and native wildlife. The property became the birthplace of Mike & Joyces two children Rory & Emrys. Shortly after their arrival in the 1980's the ALLSUN GARDEN was established. A 2 acre intensive cultivation garden, surrounded by 25 further acres of unimproved native pasture

and an additional 2 acres of improved pasture used for strip grazing 150 laying hens. What started out as a small house garden founded by two ex geologists with a passion for vegetable gardening, soon became a small slice of paradise where Mike & Joyce showcased the use of biological and organic farming principles within the regional NSW and Canberra community. With a regular supply of subscription boxes and eventually direct restaurant sales, the ALLSUN GARDEN became a launching pad for opportunity and growth within an industry that struggled to find its voice. In 2004 Mike & Joyce founded an intern program, inviting inquisitive young individuals "the next generation" to the property where they too would learn to cultivate, grow and market sustainable produce in a market garden environment.

Beginning a MARKET GARDEN back in the 80's was a feat all on its own, with good quality tools and products difficult to source within Australia, Mike set out to create the business now fondly known as GUNDAROO TILLER, importing small hand tools used and promoted back then by his favourite gardening pioneer Eliot Coleman. The business grew as the years passed by with suppliers now in Europe, America and Asia GUNDAROO TILLER has since gone on to supply a generation of small scale Australian vegetable growers with various hoes, hand tools, push seeders and growing equipment. 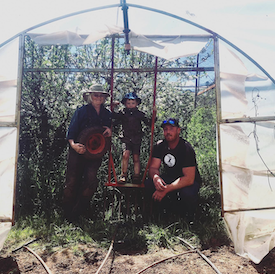 Like all things in life, CHANGE & GROWTH has always been welcome at ALLSUN FARM & within GUNDAROO TILLER. Mike sadly passed away in 2017 leaving behind the knowledge and passion he so willingly instilled in all of those he came to meet. Joyce, a pioneer all on her own - now in partnership with her two sons Rory & Emrys, who seek to continue the legacy created more than 30 years ago. With Emrys now cultivating his first ever ALLSUN crop, Joyce continuing to teach the next generation of growers via STEPPING STONE FARM on the New South Wales South Coast and a reboot/redesign of all things GUNDAROO TILLER it is safe to say that change has never felt more satisfying.

Regardless of the journey or the roads taken and travelled to get here, our mission has never changed. ALLSUN FARM/GUNDAROO TILLER is a family run, owned and operated business set to inspire, teach and provide for future generations of growers. So regardless of who you speak with, Joyce, Rory, Emrys or even their wives Angela and Jess, know that like you we have been here too, finding our feet within an ever-changing climate and sourcing the knowledge skills and tools required to become the best grower we can be and you know what we say "IF WE SELL IT, WE USE IT IN THE GARDEN OURSELVES".